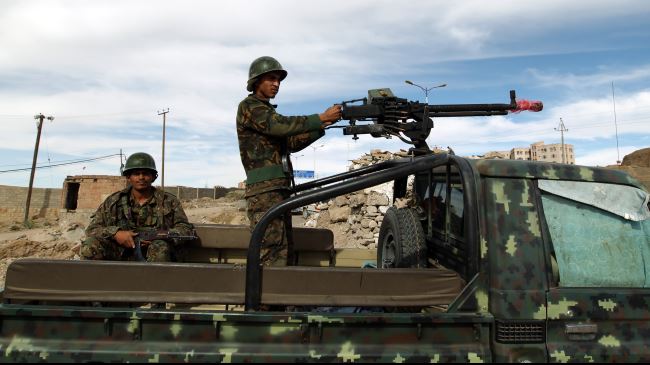 A military official said the incident occurred on Friday, when “an al-Qaeda commando unit” ambushed a bus carrying the soldiers near the town of Shibam.

The official added that the abducted soldiers were taken to the nearby village of Huta and summarily executed.

The army had dispatched a group of troops to Huta in search of the killers.

“It was a horrible massacre,” an unnamed Yemeni resident said, adding, “We were horrified by such barbarous action.”

The attack came a day after 11 suspected al-Qaeda militants and four Yemeni soldiers were killed in attacks on two army posts in Hadramawt Province.

On Wednesday, Al-Qaeda in the Arabian Peninsula (AQAP) claimed responsibility for recent deadly attacks on the army posts in the south and southeast of Yemen.

In late April, the army launched a ground offensive against AQAP in Shabwa Province and the nearby province of Abyan.

Al-Qaeda-linked violence against Yemeni security forces has reportedly grown since February 2012, when President Abd Rabbuh Mansur Hadi came to power in a one-man election backed by Saudi Arabia and the United States.

Hadi replaced long-time dictator Ali Abdullah Saleh, who was ousted after a year of mass protests across the country.