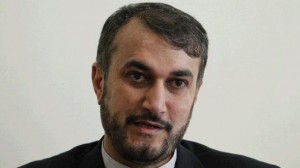 Talking to IRNA, the Iranian diplomat said his meetings with German officials focused onimportant Mideast issues, including the Gaza war, Palestine, the crisis in Syria and Iraq aswell as the situation in violence-stricken Libya.

Abdollohian pointed out Germany and Iran had been engaged in discussions on the developmentsin West Asia and North Africa for quite some time.A number of senior German politicians, among them top lawmakers of the co-ruling ChristianDemocratic and Social Demcratic Party, have visited Iran for political talks in recent months.Berlin has repeatedly stressed Iranˈs key role in resolving regional conflicts like Afghanistan,Iraq and Syria.