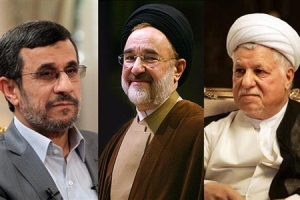 Unlike Hashemi and Khatami, during Ahmadinejad government, books had the worst Print runs

IBNA- Books in Iran during the presidential terms of Hashemi, Khatami and Ahmadinejad had been respectively published with the highest and lowest print runs.