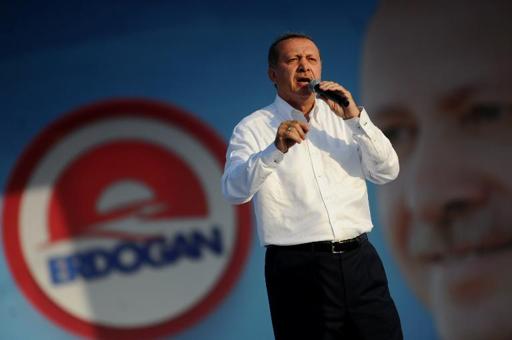 In the latest apparent crackdown on the opponents of the premier before he runs in presidential polls, at least 33 police officers were detained in 14 provinces across the country, private NTV television reported.

The operation started with an early morning raid on a housing complex for police officers and their families in Istanbul, but raids were also carried out in cities in the Kurdish-majority southeast.

It is part of a sweep against the movement of Erdogan’s former ally Fethullah Gulen in the wake of a vast corruption scandal that broke late last year implicating the prime minister and his inner circle.

A total of 31 police officers, including high-ranking officials, were charged last week with a number of offences including forming and running a criminal gang, espionage, illegal wire-tapping and forgery.

Tuesday’s detentions come days before Turkey for the first time holds a direct vote on August 10 for its next president, with Erdogan looking set to continue more than a decade of domination over the country.

Erdogan has long accused followers of Gulen of establishing a “parallel structure within the state” by using its influence in Turkey’s police and the judiciary and of concocting the vast corruption scandal.

Some of the police officers had been sacked by Erdogan’s government in a spectacular purge earlier this year.