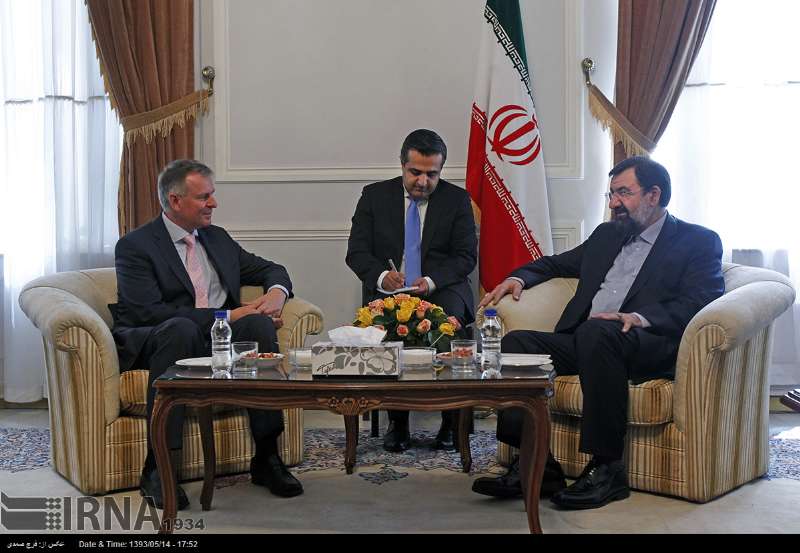 Tehran, August 5, IRNA – Secretary of Iranˈs Expediency Council Mohsen Rezaei said Tuesday that the Westˈs hue and cry over the issues of human rights and nuclear program in Iran are unreal and sheer lie.

In a meeting in Tehran with Austrian ambassador to Tehran, Friedrich Stift, Rezaei hailed the peace-seeking spirit of the Austrian nation and said Austria can convey the realities in Iran to Europe.

The Islamic Republic is the only ruling system that has worked to establish peace and security in the Middle East, Rezaei said, comparing this to systems of governance put forward by certain regional governments or those of al-Qaeda and Daesh terrorists.

He said that Austria can play a significant role in familiarizing the European people with peace-seeking nature of the Iranian nation, adding, the Zionist regime and some others are anxious to dent the global image of Iran.

The official said that the United States and Europe adopt anti-Iran resolutions based on false and biased reports, and then impose sanctions on the country as per those resolutions.

He reiterated that the issues of human rights and nuclear program serve only as pretexts for putting Iran under more pressure.

Elsewhere in his remarks, Rezaei called for close relations between Iran and Austria and said that Iran is capable of delivering gas to Europe through the Austrian soil.

Meanwhile, the Austrian ambassador said that he had come to Iran because of his personal interest.

He described current relations between the two nations as good and promised to do his best during his tenure to help promote Tehran-Vienna ties in all areas.

He expressed satisfaction with his countryˈs hosting of nuclear talks between Iran and the six world nations and hoped that these talks will bear fruit soon.