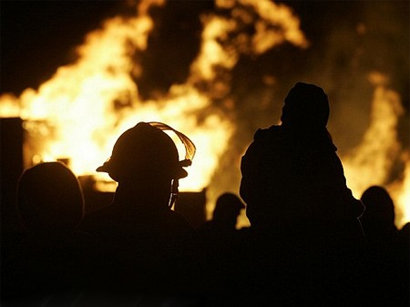 At least 11 killed by fire at Iranian prison

Reports from central Iran say at least 11 inmates at a prison have been killed in a fire.

Abdullah Mousavi, a local judiciary official, said on August 5 that the prisoners died from suffocation when the fire broke out at the Shahr-e-Kord prison in the Chaharmahal and Bakhtiari Province on August 4.

Iranian media reported several people were injured in the fire.

Mousavi said the cause of the fire was being investigated.

Some reports said the fire started when prisoners burned a mattress to protest the policies of the prison warden.