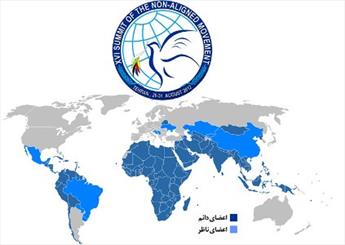 In a recent meeting, members of NAM discussed the recent developments in Gaza and denounced ongoing attacks upon people in the blockaded land.

They also sympathized and condoled with the Palestinian nation and government, slamming the massacre of civilians mostly children and women.

The Movement also urged an immediate cessation of the Zionists’ hostility in Gaza, and called on international community, especially UN Security Council to halt  Zionists’ crimes in Gaza.

It also condemned Israel shelling a UN-protected school in Gaza, and reiterated the demand for an immediate end to the Israeli aggression.