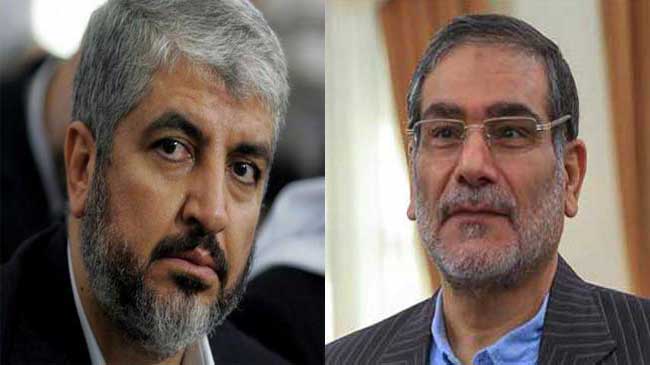 Iran has launched an all-out diplomatic campaign to shed light on Israel’s crimes against the Palestinian nation, a top Iranian official says.

“The Islamic Republic of Iran has utilized its entire diplomatic potential to shed light on the inhumane crimes of the Zionist regime (of Israel) in Palestine and to defend the oppressed people of Palestine,” he said.

Shamkhani described the choice between supporting Palestine or Israel as the borderline between humanity and barbarism and a litmus test for those claiming to be advocates of human rights.

Meshaal, for his part, underlined the Palestinian nation’s resolve to continue resistance until the liberation of al-Quds and called for unity and resistance in the Muslim world as the sole path to put an end to Israel’s crimes against Palestinians.

Death toll from Israeli attacks on Gaza has reached 1,050 since Tel Aviv began its onslaught on July 8. Thousands of Palestinians have been also injured in the attacks.

On July 17, thousands of Israeli soldiers also launched a ground incursion into the densely-populated Palestinian territory.

The Ezzedine al-Qassam Brigades, the military wing of the Palestinian resistance movement, Hamas, has been launching retaliatory attacks against Israel.

While Israel confirms 40 Israelis have been killed in the war, Hamas sources put the number at about 90.