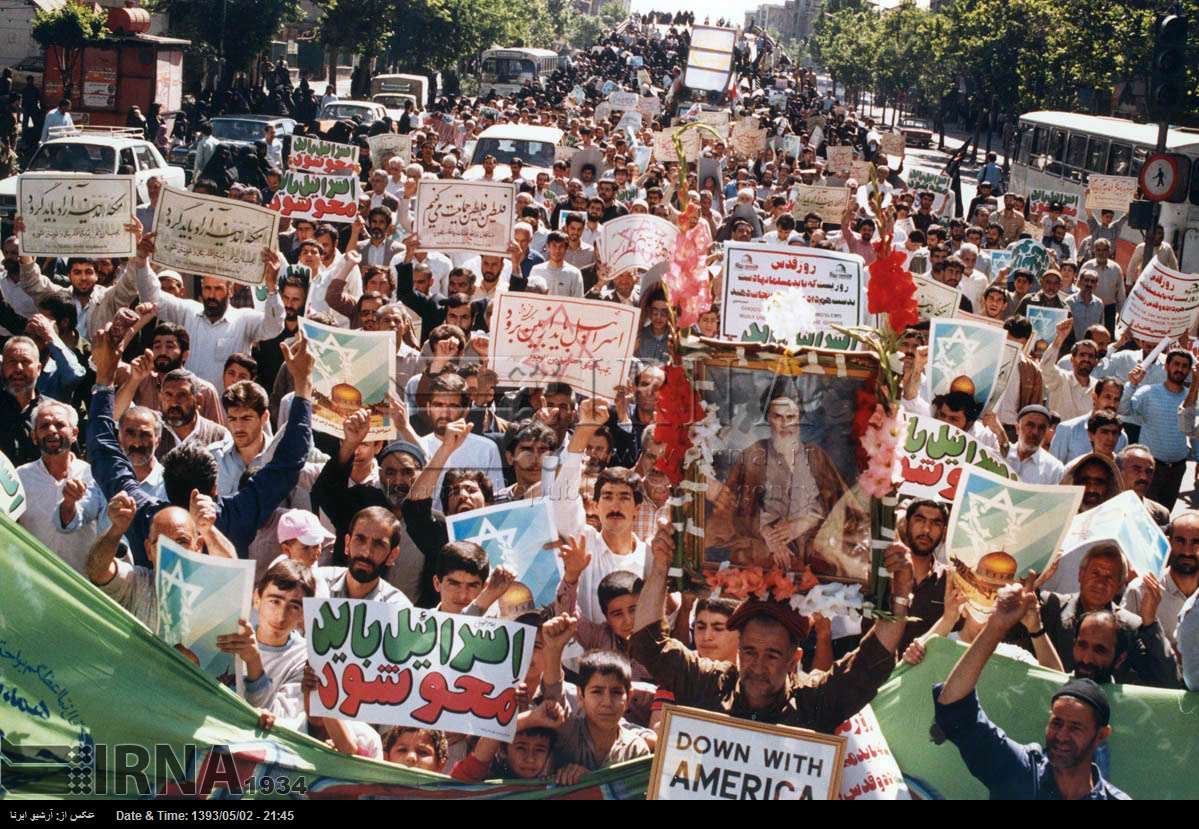 TEHRAN (FNA)- Millions of Iranians from all walks of life have taken to city streets all over the country to show their full and everlasting support for the oppressed Palestinian nation against Israeli occupation and aggressions, specially its recent air and ground attacks on the defenseless people in Gaza.

People in large groups of tens of thousands in Tehran and other cities across the country are converging in main city squares on the International Quds Day to condemn Israeli occupation and its 18-day-long atrocities against the defenseless civilians in the Gaza Strip, which have taken the lives of hundreds of Palestinians, including innocent women and children.

In Tehran, demonstrators will congregate at the University of Tehran, the site of Friday prayers for the past three decades.

This year’s rallies are expected to be held with a higher turnout as Israel has been pounding the blockaded Gaza for 18 consecutive days, killing at least 800 people and injuring more than 5,050 others.

Head of the Intifada and Quds Headquarters Brigadier General Ramezan Sharif said on Tuesday the International Quds Day rallies will be held in over 80 parts and nations of the world on Friday to voice support for the defenseless Palestinian people and condemn the Zionist regime’s atrocities.

“The International Quds Day rallies will be held in 80 different parts of the world this year,” Sharif, who is also Head of the Islamic Revolution Guards Corps (IRGC) Public Relations, told reporters.

He also said that some 770 Iranian cities will also witness popular rallies in support of the defenseless people in Gaza before the Friday prayers ceremonies.

Sharif stated that some 3,300 Iranian and foreign reporters, including 210 foreign photojournalists and reporters, will cover the International Quds Day rallies in Iran on Friday.

The International Quds Day is an annual event opposing Israel’s occupation of Beitul-Muqaddas. Anti-Zionist rallies and demonstrations are held on the last Friday of Ramadan in Muslim and Arab countries around the world, specially in Iran, as well as a large number of non-Muslim states.