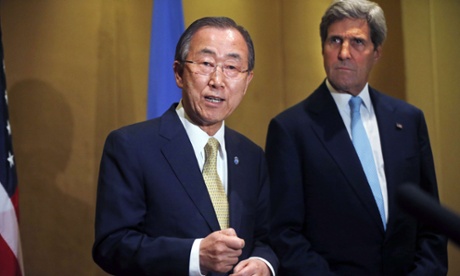 Gaza crisis: UN claims Israel did not allow evacuation from shelter before strikes

UN secretary general Ban Ki-Moon said he was “shocked and appalled” by the attack on the UNRWA shelter in Beit Hanoun Thursday. He spoke to reporters in Cairo before holding talks with US secretary of state John Kerry.

“I was shocked and appalled by what has happened in Beit Hanoun,” Ban said. “It is totally unacceptable.”