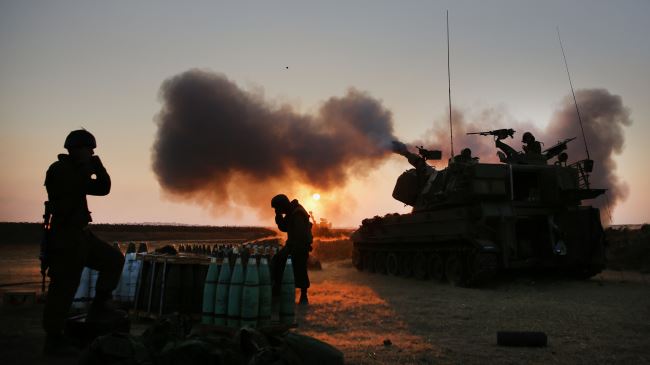 Israeli forces fire towards Gaza from their position near the coastal enclave on July 21, 2014.

GENEVA – Israel may have committed war crimes by killing civilians and shelling houses and hospitals during its two-week-old offensive in the Gaza Strip, U.N. High Commissioner for Human Rights Navi Pillay said on Wednesday. Pillay, opening an emergency debate at the U.N. Human Rights Council in Geneva, also condemned the indiscriminate firing of rockets and mortars by Palestinian militants into Israel.

Citing cases Israeli air strikes and shelling hitting houses and hospitals in the coastal enclave, she said: “These are just a few examples where there seems to be a strong possibility that international humanitarian law has been violated, in a manner that could amount to war crimes. Every one of these incidents must be properly and independently investigated.” Israel, which accuses the Council of bias, boycotted the Geneva forum for 20 months, resuming cooperation in October. Its main ally the United States, a member state, has also said Israel is unfairly singled out.