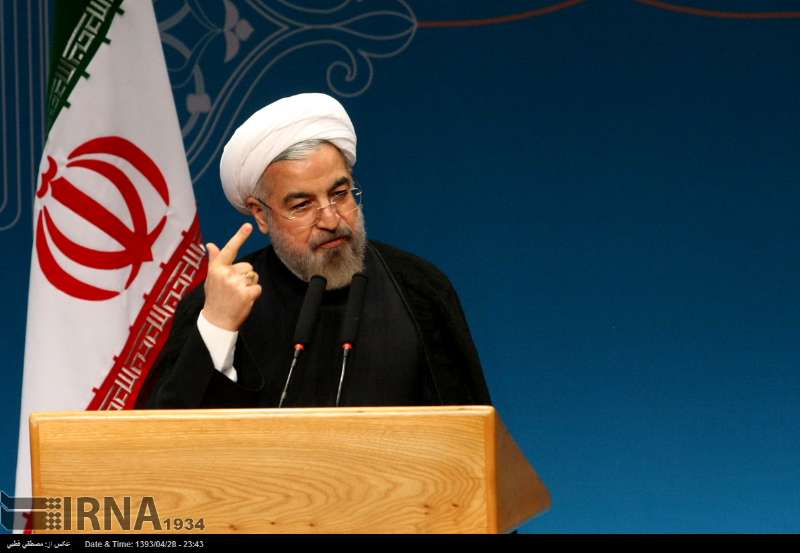 TEHRAN (FNA)- Iran’s President Hassan Rouhani hailed the unsparing efforts made by the country’s nuclear negotiators in the talks with the six major world powers, and expressed hope that both sides would continue talks with firm will to cut a final deal.

He further added a group of economists, technocrats and legal experts are helping our negotiating team.

“The negotiating team should know that entire Iranian nation is behind them, stressing that Supreme Leader of Islamic Revolution Ayatollah Seyed Ali Khamenei has always extended his support for the negotiating team.”

President Rouhani expressed hope that, with the support of nation and the negotiating team’s wise moves, they would access positive results in the upcoming talks.

Iran and the Group5+1 (the US, Britain, France, Russia and China plus Germany) ended nearly two weeks of negotiations in Vienna on Friday with no final agreement between the two sides which was due to be reached before the July 20 deadline.

The two sides agreed to extend the talks till November 24 for brokering a final deal.