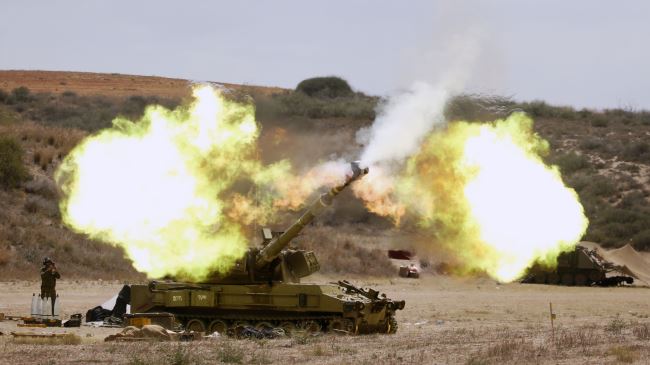 Iran’s Foreign Minister Mohammad Javad Zarif has called on Egypt to open the Rafah border crossing at least for humanitarian aid, particularly for the transfer and treatment of wounded Palestinians in Gaza.

In a telephone conversation with his Egyptian opposite number Sameh Hassan Shoukry on Friday, Zarif called on Egypt to play a more active role as a big Arab and Muslim country to help end the killing of innocent Palestinian people in Gaza by the Israeli regime.

He said the Iranian nation and the Muslim world have been saddened by the miserable situation in the Gaza Strip and the Israeli regime’s brutal crimes against Palestinians.
Also referring to the talks between Palestinian factions in Cairo, the Iranian minister stressed the importance of considering views of the Palestinian resistance and protecting Palestinians’ rights.

Thousands of Israeli soldiers launched a ground invasion of Gaza on Thursday after days of strikes from air and sea on the Palestinian territory.

Israeli tanks have also pounded different parts of the blockaded sliver on the eleventh day of Tel Aviv’s aggression.

Israeli began its latest attacks on Palestinians in the besieged coastal territory on July 8. So far, nearly 310 people have been killed with about a third of the fatalities being women and children.