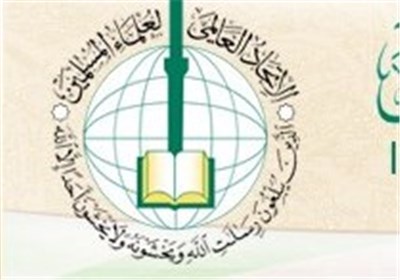 TEHRAN (Tasnim) – The International Union of Muslim Scholars (IUMS) announced Friday, July 18 as the global day to support Gaza and the Palestinian nation.

The IUMS called on the leaders of Islamic and Arab countries to use oil as a weapon to support Muslim nations especially people in Gaza against Israeli violations, reported Al-Quds Al-Arabi newspaper.

The statement signed by the union’s president Yusuf al-Qaradawi urges peaceful rallies as well as fundraising for the Palestinians on Friday.

The statement also asks Arab countries to serve the interests of Palestinians through diplomatic, political, and logistic efforts aimed at putting an end to the Gaza siege.

The IUMS reiterated in its statement that it was Israelis who started animosity towards Muslims not the resistance movement and that the resistance has always sought the freedom of Palestinian lands.

The international union also expressed that high ranking Israeli officials should be internationally prosecuted for the crimes they have committed against the Palestinians.

Death toll from the week-long Israeli attacks targeting different parts of the Gaza Strip has reached to nearly 230, with some 1,975 other people injured.