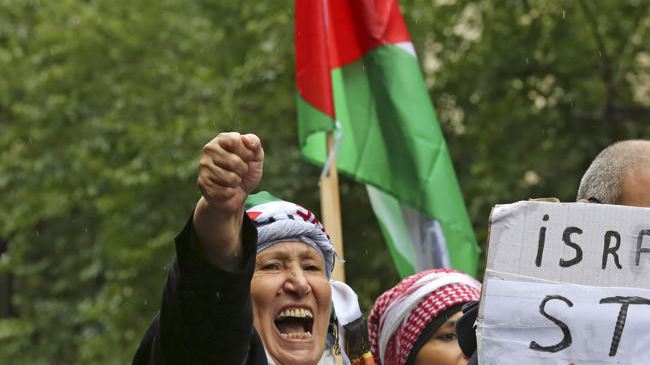 French authorities have forbidden pro-Palestinian protests in some cities, citing potential tension between the opponents of the Israeli atrocities and the backers of the Tel Aviv regime.

A police official said Wednesday that a protest march against the recent Israeli military attacks against the Gaza Strip planned for Saturday in Paris is banned because of “the serious risk of disruption of public order that such a protest could engender, in a context of heightened tension,” AP reported on Thursday.

According to the report, the official spoke on condition of anonymity since he was not authorized to be publicly identified.

Authorities have also banned protests in the cities of Nice and Lille, the report added.

After several thousand pro-Palestinian demonstrators marched peacefully Sunday through Paris, clashes reportedly broke out among small groups, prompted by attacks from the radical pro-Israeli group known as the Jewish Defense League on some of the protesters.

The Zionist group, which is most active in the US and Western Europe, is fiercely anti-Palestinian and anti-Muslim and has engaged in several terror attacks against Arab and Palestinian figures.

This is while local reports have blamed a recent attack at a Paris Synagogue on the anti-Israeli protesters, an allegation that local observers view as yet another anti-Muslim publicity effort.