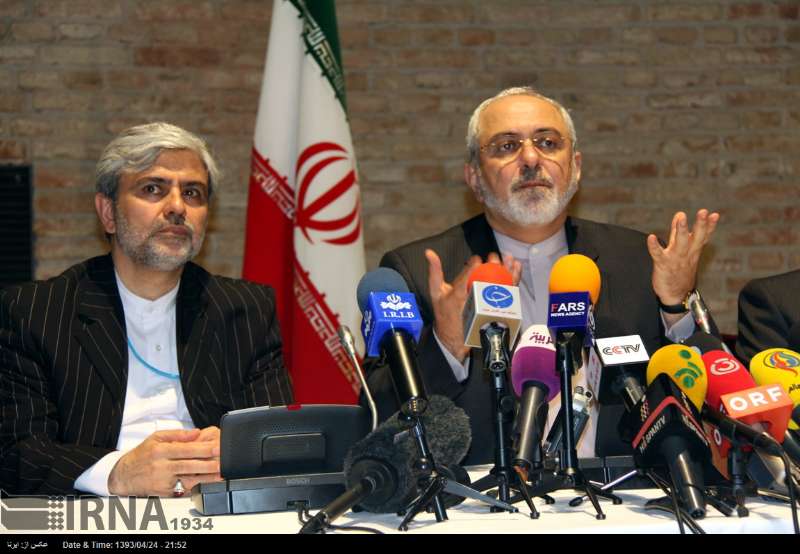 “Serious differences still persist. We have offered diverse solutions… I tried to offer a series of solutions without conducting negotiations through media,” Zarif told reporters at a press conference in Vienna on Tuesday night.

He suggested that an extension of nuclear talks between Iran and world powers past a July 20 deadline was possible, saying, “I have observed the willingness on the part of the six powers that more time for nuclear talks might be useful.”

Since July 2, delegates from Iran and the Group 5+1 (Russia, China, the US, Britain, France and Germany) have launched a fresh round of high-profile talks in Vienna in a bid to hammer out a comprehensive deal on Tehran’s peaceful nuclear program before July 20, when an interim deal (the Joint Plan of Action) expires.

The Iranian foreign minister underlined that “no other time would be more appropriate than today” to resolve the standoff on Iran’s nuclear case once and for all.

“If the other side negotiates, rather than making decisions, we will achieve results. I saw over the past days that the parties are ready to listen,” said Zarif.

In a separate news conference in the Austrian capital, US Secretary of State John Kerry had announced that the talks with Iran had made tangible progress on key issues but gaps remained.

“It is clear we still have more work to do and our team will continue to work very hard to try to reach a comprehensive agreement that resolves the international community’s concern,” he explained.

“There are more issues to work through and more provisions to nail down to ensure that Iran’s program can always remain exclusively peaceful,” Kerry said.

Kerry said he had held several extensive conversations with Zarif since arriving on Sunday. They had a final short meeting at the Palais Coburg before Kerry returned to Washington on Tuesday.

July 16, 2014
Syria’s Assad to be sworn in, set out plans for new term
BRICS back Iran’s right to nuclear technology