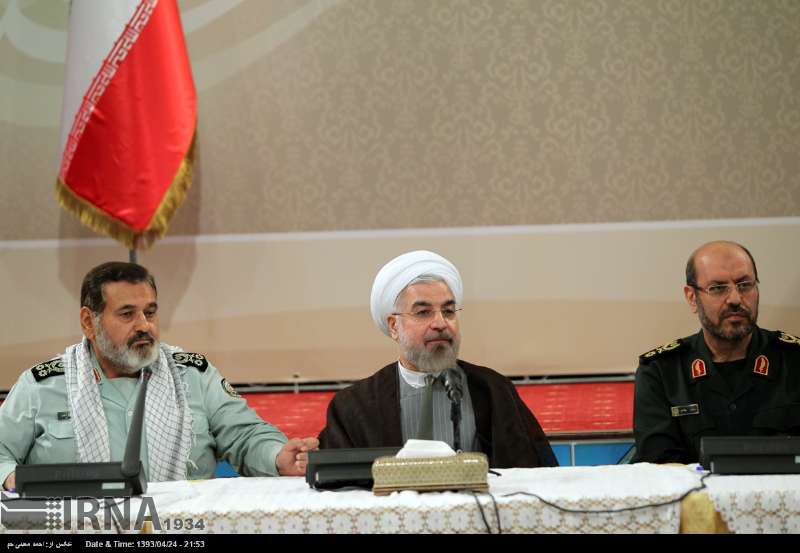 TEHRAN (Tasnim) – Iran’s President Hassan Rouhani said his administration is after ensuring peace in the region, noting that such a goal will be attained by possessing powerful armed forces.

“The administration’s demand is peace and removal of tension from the region,” Rouhani said in a meeting with high-ranking Iranian military officials and commanders in Tehran on Tuesday evening.

The president underscored that providing regional peace and tackling tensions would definitely require “powerful armed forces”, arguing that without a mighty military, peace will not materialize.

He then praised the country’s high degree of military preparedness to counter threats, saying the advanced equipment in possession of Iran’s armed forces along with the sense of unity in Iran are what the enemies are afraid of.

Back in April, Iran’s Defense Minister Brigadier General Hossein Dehqan had reiterated that the country’s armed forces are fully prepared to defend their homeland steadfastly in any conditions.

He also underlined that the Iranian armed forces have a unique, premier position among the whole nations and armies in the world, since they are honor-bound to uphold a divine establishment, namely the Islamic Republic.