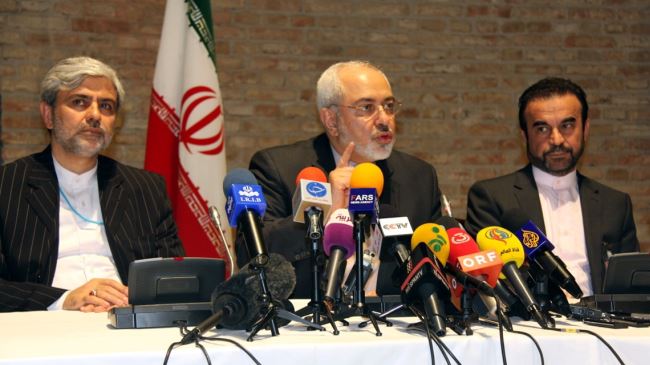 Iran has strongly condemned the killing of Palestinians in the besieged Gaza Strip, urging an immediate end to the Israeli airstrikes and the years-long blockade on the coastal enclave.

“I have made my views clear on other occasions; the President [Hassan Rouhani] has made his views very clear. It is incumbent upon the international community to stop the Israeli aggression against the defenseless people of Gaza, to stop the siege on Gaza, to stop this humanitarian nightmare that has been prevailing in Gaza for the last many years,” Iran’s Foreign Minister Mohammad Javad Zarif said at a press conference in Vienna on Tuesday.

He added that the UN Security Council and other forces within the international community must put all the pressure that can be brought to stop the siege of a population under “inhuman” conditions and to end Israel’s atrocities.

“That is our position, and we will continue to insist on it,” the Iranian foreign minister said.

He emphasized that every Iranian has his heart go out for the people in the Gaza Strip, particularly for children, women and elderly who are being massacred.

“We support ending Israeli aggression against the people of Gaza and ending the siege which has tried to, in fact, strangulate a whole population,” Zarif pointed out.

Since July 8, Israeli warplanes have struck more than 1,300 targets across Gaza, which is home to around 1.8 million Palestinians. The strikes have so far claimed the lives of 205 with more than 1,500 others injured.

According to the United Nations, 80 percent of the casualties have been civilians.