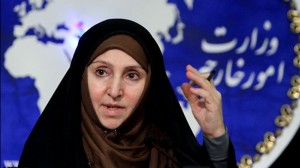 fkham voiced the Iranian nation and governmentˈs sympathy with the bereaved families of the victims.

The official referred to Iranˈs ˈWorld Against Violence and Extremism (WAVE)ˈ proposal to UN and added that the proposal could be used as a base for all countries around the world to step up fight against terrorism and extremism.

She called for collective cooperation among all members of international community to guarantee world security.

A suicide bomber blew up a car packed with explosives near a busy market and a mosque in eastern Afghanistan on Tuesday, killing at least 89 people in the deadliest insurgent attack on civilians since the 2001 US-led invasion of the country.