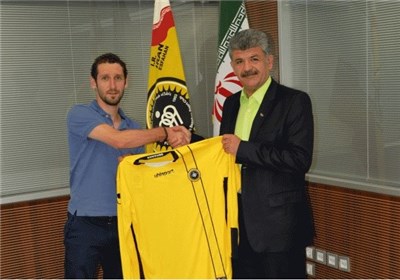 Khalatbari joined Persepolis last season but didn’t renew his contract with the Iranian popular team due to financial issues.

The 31-year-old, who was named in Iran’s provisional 30-man World Cup squad, has joined the Isfahan-based team on Monday for an undisclosed fee.

Khalatbari returns to Sepahan for his second stint. He was a member of the football team in 2012-13 season and scored 13 goals in 32 matches.