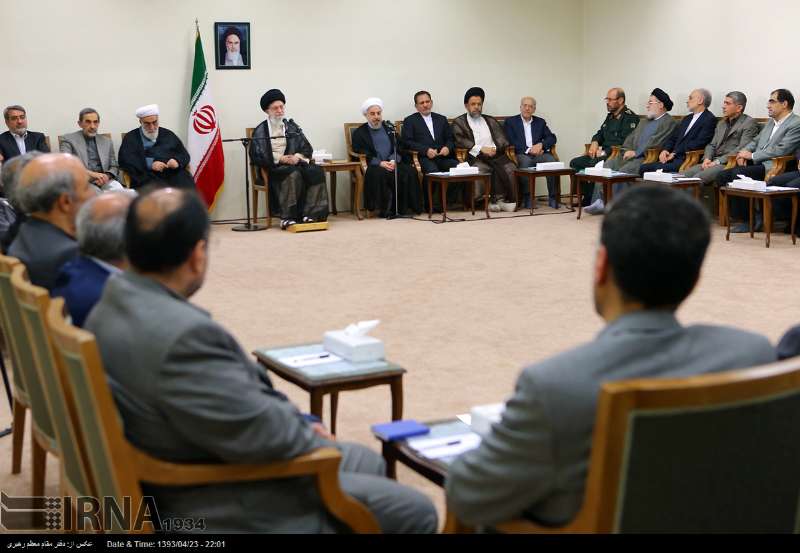 Iran’s Leader calls for enhancement of unity among Muslim nations

TEHRAN (FNA)- Supreme Leader of the Islamic Revolution Ayatollah Seyed Ali Khamenei urged all the regional nations, particularly Muslims, to narrow down their differences to grow united against the divisive plots hatched by the enemies to create rift among them.

Speaking in a meeting with President Hassan Rouhani and his cabinet members in Tehran on Monday, Ayatollah Khamenei said what is happening in Gaza is “truly catastrophic.”

The Leader added that the Israeli massacre in Gaza should awaken the Islamic governments and nations and convince them to put aside their differences and become united.

Ayatollah Khamenei also described as proper the Iranian president’s stance and the government’s measures regarding the sad incidents in Gaza and the killings of Palestinians, especially women and children.

The Iranian foreign ministry in a statement issued on Monday condemned Israel’s continued and intensifying aggressions against the defenseless Palestinians in the Gaza Strip.

Israel has been pounding the blockaded Gaza for 8 consecutive days, killing at least 190 people and injuring more than 1,280 others.