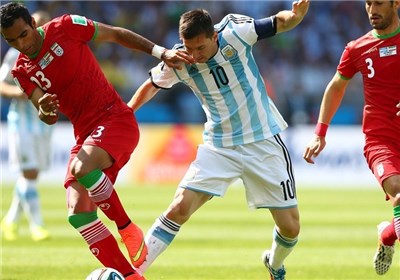 TEHRAN (Tasnim) – Iran World Cup stars Mehrdad Pooladi and Ehsan Hajsafi have been linked with moves to the Premier League in this summer transfer window.

Southampton and Swansea are interested in signing left-back Pooladi, 27, while Hull is going to sign left winger Hajsafi, 24.

Persepolis defender Pooladi has been given permission to look for a new club in Europe.

“Mehrdad loves the Premier League and would choose there ahead of anywhere else. There is interest in him from clubs in England – and also in his team-mate Hajsafi. In the coming weeks both hope to secure transfers,” a source close to the Iranian camp told the Daily Star Sunday.

Sepahan midfielder Hajsafi, who made his debut in 2008 when he was 17, was also linked to moves to Fulham and Cardiff.