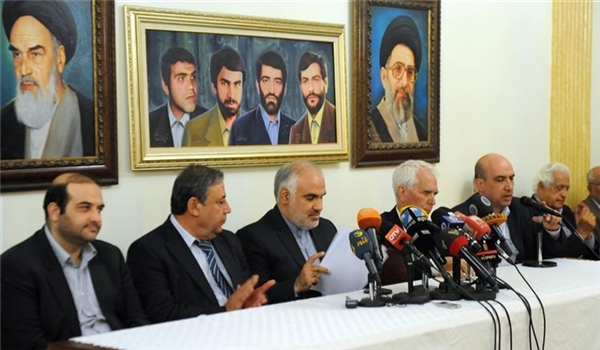 TEHRAN (FNA)- Iranian Ambassador to Beirut Mohammad Fathali underlined that Tehran will continue pursuing the fate of its four diplomats kidnapped in Southern Lebanon in 1982.

“The case of the Iranian diplomats who were abducted in Lebanon and handed over to the usurper Zionist regime will be revived because it is an issue of the confrontation of righteousness and freedom with the enemy of the Muslim Ummah,” Fathali said.

He reiterated that Iran has felt no serious movement by the international community and human rights bodies with regard to the 1982 abduction of the four Iranian diplomats in Lebanon and their fate.

The then charge d’affaires of the Iranian Embassy in Beirut Seyed Mohsen Mousavi, military attaché Ahmad Motevaselian, embassy technician Taqi Rastegar Moghadam and journalist of the Islamic republic news agency Kazzem Akhavan were kidnapped by the Lebanese mercenary army – also known as the Falangists – at gunpoint in Northern Lebanon in 1982 and were later handed over to the Israeli army.

Israel has released contradictory reports on the issue. The Zionist regime alleged in a statement in 2010 that the diplomats had never been surrendered to Israel. Elsewhere it claimed in response to a request put forward by the Lebanese Hezbollah group that the four are already dead.

Last Friday, the Iranian Foreign Ministry in a statement called for setting up of an international fact-finding committee to clarify the fate of the four Iranian diplomats kidnapped in Southern Lebanon in 1982.

The foreign ministry called on UN Secretary General Ban Ki-moon and other international bodies, including the International Red Cross Committee, to fulfill their legal and humanitarian duties to follow up the issue.