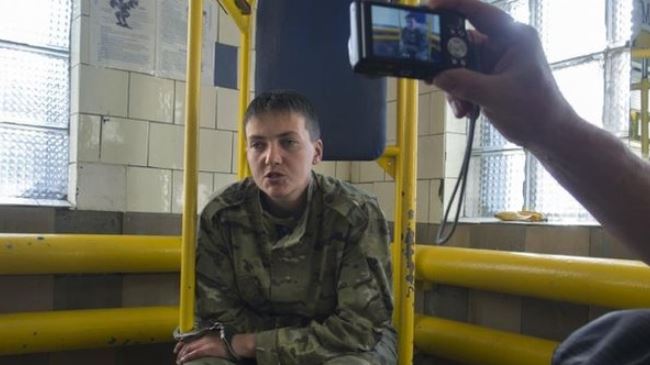 A female Ukrainian army pilot has been blamed by Russia for involvement in the recent murder of two Russian journalists.

Savchenko, a helicopter pilot working with the pro-Ukrainian government Aidar battalion, was apparently captured by the pro-Russia forces after the attack on the checkpoint.

Ukraine accuses Russia of having “abducted” Savchenko, demanding her immediate release and return home. Russia, however, says she crossed the border voluntarily and illegally, disguised as a refugee.

Government forces in Ukraine are currently battling pro-Russia protesters in the east of the country. More than 1,000 people are believed to have been killed since April.