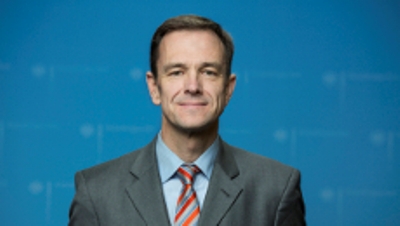 Berlin, July 9, IRNA — German foreign ministry spokesman Martin Schaefer here Wednesday dismissed claims by French Foreign Minister Laurent Fabius who pointed to differences between Russia and some of the other five world powers negotiating with Iran over its nuclear program.

Asked by IRNA on Fabiusˈ remarks, Schaefer said there was a ˈhigh degree of understanding within the E3 plus 3ˈ (the United States, Britain, France, Russia and China – and Germany) laying the basis for a solution with Iran which would be acceptable for all sides.

Fabius said on Tuesday ˈdifferences in approachˈ between Russia and some of the other five world powers negotiating with Tehran over its nuclear program had appeared in the past few days.

Speaking to parliamentˈs foreign affairs committee, Fabius also said none of the major outstanding issues in the talks had been settled and that the United States wanted foreign ministers to join the negotiations in Vienna.

ˈUntil now the P5+1 (six powers) were homogeneous, but over the last few days my representatives in the negotiations have seen a certain number of different approaches – and I hope they wonˈt remain – between some of the P5+1 and our Russian partners,ˈ Fabius said.

ˈWe want to preserve the unity among the P5+1 because that is how we reached a deal before,ˈ he added.

Meanwhile, Schaefer referred to ˈextremely difficult and concreteˈ nuclear talks in Vienna, urging all parties to reach an agreement by the end of the first six-month deadline which expires on July 20.

He also said there were no imminent plans by German Foreign Minister Frank-Walter Steinmeier to travel to Vienna later this week to attend likely ministerial-level talks on the Iranian nuclear issue.

Schaefer acknowledged that there was still a wide gap of differences between Iran and six world powers on how to overcome the impasse.