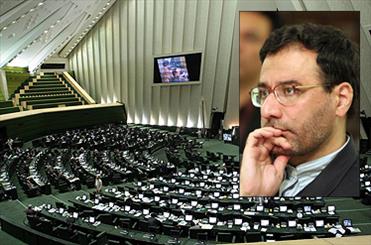 TEHRAN, July 8 (MNA) – Iranian parliamentarians have postponed impeachment of Minister of Science and Technology to the next month.

Iran’s parliament presidium spokesman Behrouz Nemati told Mehr News that in a meeting with the parliament speaker and  Reza Faraji Dana and some other parliamentarians who asked for his impeachment, they questioned the minister and he promised to address some of questions made, but told the parliamentarians that some other questions were answerable by other ministries. They agreed to postpone the impeachment to the next month.

The members of right-wing Rahrovan faction of the parliament worked to impeach the minister for his recent appointments of heads of universities.

In the Islamic Republic of Iran’s constitution, a minster is impeachable in the case only ten parliamentarians sign a request to legalize the impeachment; Iran’s Parliament meets with 270 representatives.