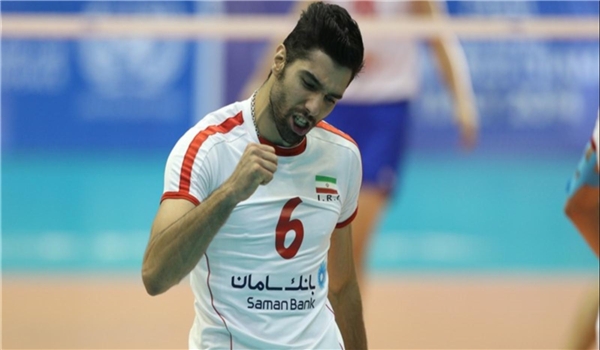 The Russian and Italian volleyballers stood second and third respectively.

The national Iranian volleyball team played 12 games in the preliminary round of the International Volleyball Federation (FIVB) 2014 World League, winning six games and losing as many.

The Iranian volleyball athletes in the national team began their performance in FIVB 2014 World League on May 30 with a game versus Italy in that countryˈs Christie City, and played their last preliminary round game on July 5, in Polandˈs Gdansk City, gaining 19 points all together in this round of the league.

The national Iranian volleyball team had a bad beginning and a bad end in this preliminary round of these world competitions, including two defeats versus Italy in the beginning and two defeats in confrontation with Poland at the end, all four in away games.

The final round of the FIVB Men’s Volleyball World League will be held from July 16 to 20 in Florence, Italy, and Iran’s national volleyball team will play with Russia and again Brazil.

Brazil (9), Italy (8), Russia (3), Cuba, the Netherlands, Poland and USA (all 1) are the seven countries who have won the World League during its previous 24 editions. Serbia and France join as the only countries to have medalled in the past.