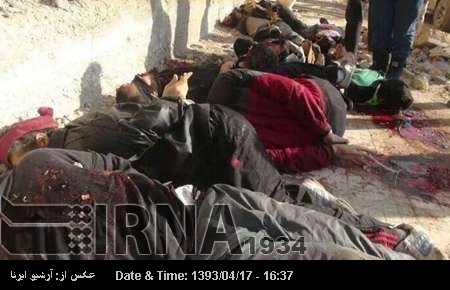 Sumerieh News quoted Al-Hosseini as saying that Daesh over the past two weeks had executed 30 Iraqi citizens in different parts of the province.

He emphasized that the Iraqi citizens were executed for unknown reasons.

He noted that Daesh terrorists also stole properties of more than 100 Iraqi families in al-Atheim area, 15 km north of Baquba, a city between the provinces of Diyala and Salaheddin.

Iraqi Diyala Province Security Committee announced on Saturday that 95 percent of the province is under control of Iraqi security forces and al Sadieh city is the last region to be mopped of the terrorists.