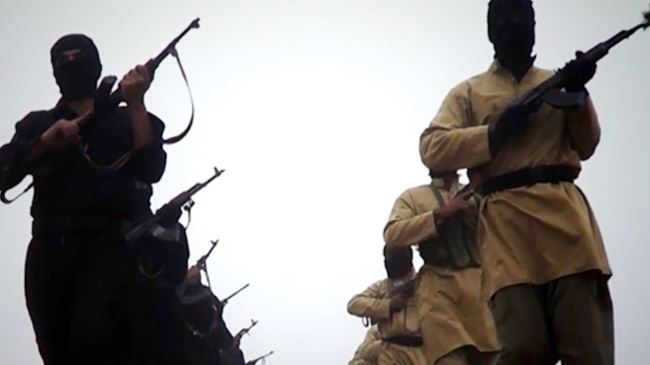 The raging Takfiri violence in Iraq is a “dirty game” aimed at disrupting the unity of the Iraqi people and smashing the Arab country into pieces, the Iranian ambassador to Tunisia says.

In an interview with Tunisia’s al-Shorouk daily on Monday, Peyman Jebelli pointed to the atrocities perpetrated at the hands of the Takfiri ISIL group in Iraq, saying the militants are committing “genocide” against the Iraqi nation.

The Iranian official further described the terrorist operations in Iraq as a “dirty game” meant to ignite sectarian conflict among Iraqis with the aim of fragmenting the Arab state.

The Israeli regime and its allies are the only beneficiaries of the chaotic situation in Iraq, said Jebelli, describing the turmoil in the Arab country as a “proxy war” against all Muslim groups that serves Tel Aviv’s interests.

Such terrorist groups are a tool in the hands of the big powers which seek to plunder Iraq’s resources and render the Iraqi nation’s victories ineffective by further deepening sectarian and religious rifts, added the Iranian diplomat.

Jebelli then voiced Iran’s preparedness to offer consultations to neighboring Iraq upon Baghdad’s request to help establish peace and stability in the country.

Iraq is currently witnessing a spate of violence, which escalated after militants from the ISIL terrorist group took control of large swathes of the country, including key cities last month.

The Iraqi forces are pressing ahead with their fight against the Takfiri extremists, who have threatened to take the battle to Baghdad.

The United Nations said last week that violence in Iraq claimed the lives of more than 2,410 Iraqis in June, making it the deadliest month so far this year.