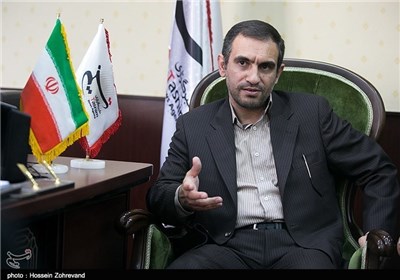 TEHRAN (Tasnim) – Head of the public relations department of Iran’s Presidential Office rejected the allegations that President Hassan Rouhani may name, Mohammad Nahavandian, the head of his office, as the country’s new envoy to the United Nations.

Bloomberg quoted two UN Security Council diplomats and one European diplomat as saying that Iran’s president was considering to introduce Nahavandian, 60, who holds a Ph.D. in economics from George Washington University, as the country’s ambassador to the UN.

Parviz Esmaili on Monday rejected the report, saying that Tehran has already announced its choice for the position and no other decision has been made in this regard.

“Over the past weeks, some media outlets have shown their interest in transfering Nahavandian from the president’s office to the UN headquarters in New York,” he noted.

Earlier on April 13, Iranian Foreign Ministry Spokeswoman Marziyeh Afkham had announced that Tehran plans to file a lawsuit against the US for its decision to refuse a visa to Hamid Aboutalebi, Tehran’s newly-appointed ambassador to the UN.

“The US move to deny a visa to the Islamic Republic of Iran’s permanent representative and ambassador to the UN is in violation of the international laws and contrary to agreements signed between the UN and the US government,” she said at the time.

Under a 1947 law that established the headquarters of the United Nations in New York, the United States is obligated to issue visas to diplomats assigned there, even those it finds objectionable.