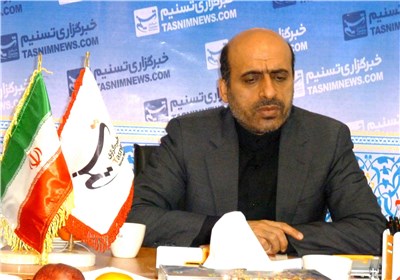 MP rules out change in function of Arak heavy-water reactor

TEHRAN (Tasnim) – An Iranian lawmaker asserted that the country’s heavy-water research reactor in the central city of Arak will not undergo any change, contrary to what the Westerners appear to have asked Iran to do as part of a comprehensive nuclear deal.

There is no agenda to take Arak heavy-water reactor out of operation, and it will keep operating with the function it has been configured, member of the Iranian Parliament’s National Security and Foreign Policy Commission Mohammad Hassan Asafari told the Tasnim News Agency on Saturday.
Arak heavy-water reactor, also known as IR-40, uses natural uranium oxide fuel and is designed to produce radio medicines and also 40 megawatts of power.

The Iranian lawmaker’s comments were an apparent response to speculations fueled by Western diplomats that Arak heavy-water research reactor is a main sticking point in the nuclear negotiations between Iran and the six world powers –Russia, the US, Britain, China, France and Germany.

Iran and the G5+1 (also known as the P5+1 or E3+3) have launched a new round of high-profile talks in Vienna since Thursday in a bid to hammer out a long-awaited deal on Tehran’s peaceful nuclear program.

The US and some of its allies, Israel in particular, argue that Iran’s nuclear program might include a military component, urging Iran to suspend its nuclear activities, including the closure of Arak heavy-water reactor.

Iran, however, rejects the allegation, arguing that as a signatory to the nuclear non-proliferation treaty there is no law against its use of nuclear energy for peaceful purposes and that numerous inspections of its nuclear sites by the International Atomic Energy Agency (IAEA) have invariably failed to find any diversion towards developing a military capability.