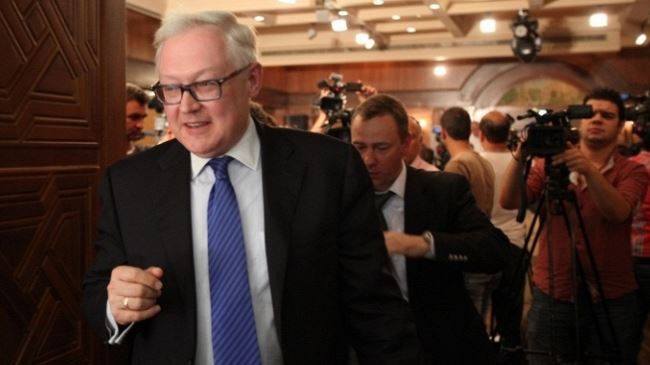 A Russian deputy foreign minister has underscored the need to devote enormous efforts in the course of Iran’s nuclear negotiations with the Sextet of powers to achieve a final agreement.

Speaking to reporters in Vienna on Friday, Sergey Ryabkov pointed to Russia’s tangible role to accelerate progress towards agreements and noted, “Heavy effort is still to be exerted, though.”

“The beginning has proved not a disappointing one, but it has turned out slower than it was originally anticipated … It is important that the work on the text is going on, although the main problems are still there,” he said.

Iran’s nuclear negotiating team is holding bilateral and multilateral talks with delegations from six world powers as drafting the text of a final nuclear accord starts.

Iran and the five permanent members of the UN Security Council – the United States, Russia, China, Britain and France – plus Germany formally kicked off the sixth round of nuclear talks on Thursday to discuss a final accord.

Iran and the six countries have been discussing ways to thrash out their differences and achieve a final deal that would end the decade-old dispute over Tehran’s nuclear energy program.

The two sides inked an interim accord in Geneva, Switzerland, on November 23, 2013. The deal came into force last January and expires on July 20, but can be extended depending on the agreement of all parties involved.

“Our delegation, all of its experts and specialists are staying here for the whole period …Representatives from the state-run corporation Rosatom are joining us next week,” he said.

Earlier in March, Rosatom and the Atomic Energy Organization of Iran reached an agreement to build at least two more nuclear power plants in the southern Iranian port city of Bushehr.