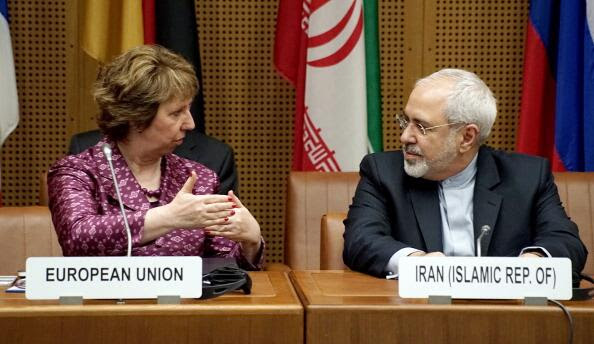 (Reuters) – Iran and six world powers are aiming for a deal this month in marathon talks to end their long-running dispute over Tehran’s nuclear program and dispel fears of a new Middle East war.

With time running short, the gaps between the negotiating positions remain wide and diplomats privately acknowledge that the talks may be extended beyond the agreed July 20 deadline, if progress has been made and an accord appears to be within reach.

Here is a brief overview of the main sticking points that Iran and the United States, Russia,France, Germany, Britain and China need to overcome as the negotiations enter a make-or-break phase after months of diplomatic shadow-boxing:

This lies at the heart of the standoff and is seen as the hardest issue to resolve. Iran insists it needs to expand its capacity to refine uranium to fuel a planned network of atomic energy plants while the powers say Tehran must sharply reduce it to deny it any ability to quickly produce a nuclear bomb.

Iran now has more than 19,000 installed enrichment centrifuges, mostly old-generation IR-1 machines, with about 10,000 of them operating to increase the concentration of uranium’s fissile isotope U-235.

The powers want the number cut to no more than a few thousand; Iran is lobbying for tens of thousands. Israel, Iran’s arch-enemy and assumed to be the Middle East’s only nuclear armed power, says Iran should not keep any enrichment capacity.

Refined to a low concentration, uranium can fuel power plants, which is Iran’s stated goal, but it can also provide material for weapons if processed to a high degree, which the West fears may be the country’s ultimate objective.

Western experts say Iran could now produce enough highly-enriched for a bomb in two to three months, a timeline they say should be extended to at least a year. Iran says that even if it wanted such weapons, which it denies, it would take much longer.

– Iran says it will not cede its “right” to install advanced machinery to refine uranium. The West wants strict limits on its development of new-generation centrifuges as they could potentially enable a much swifter accumulation of fissile material for an atomic bomb and shorten the time needed for any nuclear weapons “break-out”.

Faced with technical hurdles and difficulty in obtaining parts abroad, Iran has been trying for years to replace the erratic, 1970s vintage IR-1 centrifuge it now operates at its underground Natanz and Fordow enrichment plants.

In 2013, it installed around a thousand IR-2m centrifuges at Natanz, but has not yet started them up. It is also testing other newer models at a research and development facility.

– With its potential to yield plutonium – which like highly-enriched uranium can fuel nuclear weapons – the West would ideally want the planned Arak heavy-water research reactor scrapped or converted to a less proliferation-prone, light-water plant. Iran says the reactor would only produce radi-isotopes for medicine and agriculture, and has ruled out closing it down.

A compromise, diplomats and analysts say, would see the plant reconfigured to significantly reduce its potential annual plutonium-producing capacity to well below the roughly 5 kg that is needed for one bomb. However, some Western experts worry that any such solution would be reversible, allowing Iran to revert to the original design if it wanted to.

– Western officials say Iran must address a long-stymied U.N. nuclear agency investigation into suspicions that it has worked on designing a nuclear warhead, a charge it denies, as part of any wider nuclear agreement with the powers. Iran has offered to work with the International Atomic Energy Agency to clear up the allegations, but progress so far has been limited.

As the IAEA inquiry will take many months – if not years – to complete, Western officials and experts suggest some sanctions-easing should be tied to Iran cooperating with the Vienna-based U.N. watchdog. It is unclear whether Iran must fully come clean about all its alleged bomb research activities in the past – seen as difficult in view of its repeated denials of any such work – or whether the powers’ focus will be more on gaining assurances that they have since ceased.

– The timetable and scope of lifting U.N. and separate Western sanctions imposed on Iran over the last eight years is one of the most complex and controversial issues to resolve.

Iran wants punitive measures that have severely damaged its oil-dependent economy – gradually tightened since the first U.N. Security Council resolution in 2006 – lifted as soon as possible, although it appears to have accepted that any relaxation of the regime could only unfold in a phased manner as Tehran fulfils its part of any nuclear agreement.

While U.S. President Barack Obama can suspend some sanctions without the consent of the U.S. Congress, lawmakers skeptical of his diplomacy with the Islamic Republic could complicate the implementation of any deal by refusing the lifting of others.

U.S. officials say that Obama is determined to work in conjunction with Congress. Israel, the main U.S. ally in the Middle East, is worried that any dismantling of sanctions would prematurely ease the pressure on Tehran without requiring it to irreversibly curb all of its nuclear activities.

– The United States, referring to a 2010 U.N. Security Council resolution banning activity in Iran related to ballistic missiles capable of delivering nuclear weapons, says the issue must be addressed as part of a wider agreement.

Iran treats such weapons as an important deterrent and retaliatory force against U.S. and other adversaries in the Middle East in the event of war. It insists its missiles are part of its legitimate and conventional armed forces and refuses discussing limits to the weapons program at the Vienna talks.

Although one of several possible stumbling blocks in the negotiations, missiles are not expected by analysts and diplomats to become a deal-breaker on their own.

– Another thorny issue where positions remain far apart. One official from the six powers said the Western side wants the duration of any agreement to be two decades. Tehran has said it would be willing to accept five years before being treated as any other signatory to the 189-nation nuclear Non-Proliferation Treaty (NPT), which enshrines the right for non-nuclear weapons states to pursue nuclear energy for civilian applications.