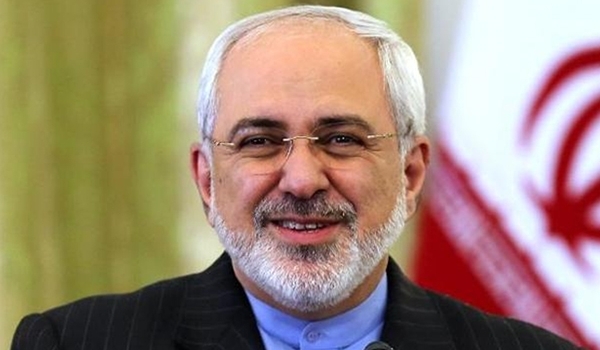 TEHRAN (FNA)- On the eve of a new round of talks with the six world powers, Iran’s Foreign Minister Mohammad Javad Zarif asked his counterparts from the sextet not to miss the present opportunity for striking a deal with Iran and putting an end to an unnecessary crisis.

“In the next three weeks, we have a unique opportunity to make history: To forge a comprehensive agreement over Iran’s nuclear energy program, and to end an unnecessary crisis that has distracted us from addressing together our common challenges, such as the horrifying events of the past few weeks in Iraq,” Zarif said in a video message released a few hours ago.

“We could have resolved the nuclear issue in 2005. But then, people didn’t believe me when I said that Iranians are allergic to pressure,”  Zarif said.

“The Bush administration torpedoed the deal by demanding that we abandon enrichment, altogether,” the Iranian foreign minister added.

He noted that they then opted for pressure and sanctions for 8 years.

“The sanctions were crippling — even deadly; literally,” Zarif said.

The Iranian foreign minister explained that the Iranian cancer patients could not buy medicine with their own money, because banks around the world had been bullied by the US Treasury to avoid transferring Iranian funds.

“But sanctions did not cripple our nuclear program,” Zarif stressed, and added, “Neither did the murder of our nuclear scientists, the sabotage of our nuclear facilities – with potentially disastrous environmental ramifications – or the repeated military threats. In fact, they achieved exactly the opposite.”

The Iranian foreign minister said that insisting on no enrichment resulted in a 100-fold increase in “our centrifuges”: from less than 200 to almost 20,000.

“Refusing to sell fuel for our American-built research reactor, forced us to produce our own fuel by increasing enrichment levels: from 3.5% to 20%,” he added.

Zarif further said that depriving Iranian cancer patients from medical radio-isotopes, compelled Iran to build a heavy water reactor, going from an idea then to a full-fledged plant, to be commissioned soon.

“Threats to bomb our nuclear facilities out of existence, obliged us to build Fordow, which is protected by our mountains,” the Iranian foreign minister added.

He noted that the western governments cried foul, ignoring that they had brought this upon themselves.

“As we approach July 20th, I feel compelled to warn again that pursuing a game of chicken in an attempt to extract last minute concessions cannot achieve anything better than what it achieved in 2005,” Zarif said.

“To those who continue to believe that sanctions brought Iran to the negotiating table, I can only say that pressure has been tried for the past 8 years, in fact for the past 35 years. it didn’t bring the Iranian people to kneel in submission and it will not now nor in the future.”

“We still have time to exit this spiral of escalation. Try mutual respect. It works. We are trying to reach a deal. Not a good deal or a bad deal, but a doable and lasting deal,” stressed the Iranian foreign minister.

Zarif reiterated that any deal, by definition, is the outcome of mutual understanding—not imposition by one side or the other.

“We are willing to take concrete measures to guarantee that our nuclear program will always remain peaceful,” the Iranian foreign minister added.

“We still have time to put an end to the myth that Iran is seeking to build a bomb,” the Iranian foreign minister said, adding, “And we’re backed by over 250 years of non-aggression to substantiate our assertion.”

“My government remains committed to ending this unnecessary crisis by July 20th. I hope my counterparts are, too,” he added.

“My name is Javad Zarif, and this is Iran’s message,” the Iranian foreign minister concluded.