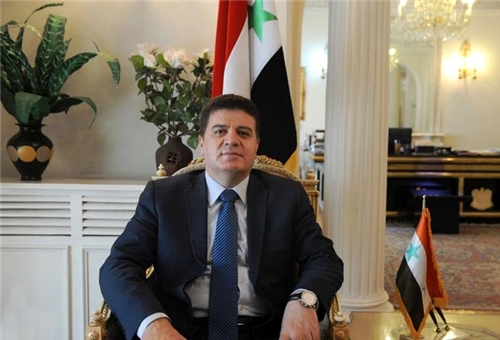 Speaking at a conference on Modern Syria’s Policies on Palestine and the Zionist regime on Tuesday, Mahmoud noted that as Supreme Leader of Islamic Revolution Ayatollah Seyed Ali Khamenei has always emphasized, the only way out of crisis in the Islamic world is pursuing the path of resistance.

He said Syrian President Bashar al-Assad has on many occasions underlined the fact that Damascus is resolved to resist against terrorism.

In mid-May, President Assad hailed the steadfastness of the Syrians in thwarting foreign schemes to foment discord in the nation.

Syria has been gripped by deadly violence since March 2011. Over 150,000 people have reportedly been killed and millions displaced due to the violence fueled by the foreign-backed militants.

According to reports, the western powers and their regional allies – especially Qatar, Saudi Arabia and Turkey – are supporting the militants operating inside Syria.

A British defense study showed that about 100,000 militants, fragmented into 1,000 groups, are fighting in Syria against the government and people.