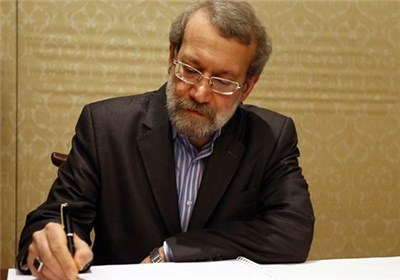 Larijani’s remarks came in a message sent to his counterparts in the Muslim states on the advent of the holy Muslim month of Ramadan.

The parliament speaker also described the holy month of Ramadan as a “strong rope” which invites all the Muslims from different ethnics, schools, and nationalities to brotherhood, affection, and religious amiability.

In his message, Larijani also expressed his wishes that the great blessings of the holy month would wipe off fanaticism and religious and sectarian disputes among the Muslim nations.

Ramadan is the ninth month of the Islamic calendar, and a time when Muslims across the world fast during the hours of daylight.