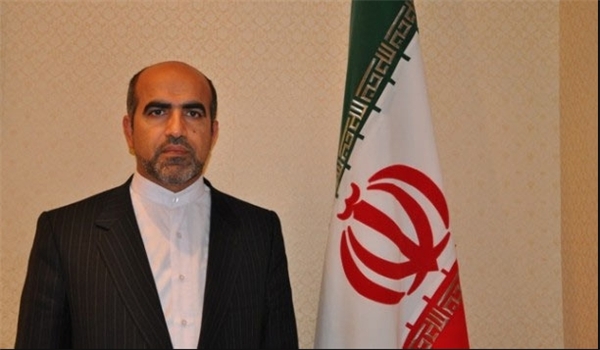 TEHRAN (FNA)- Iranian Ambassador to the Netherlands Ali Reza Jahangiri and Secretary-General of the Permanent Court of Arbitration (PCA) Hugo Hans Siblesz in a meeting in The Hague discussed mutual cooperation.

During the meeting, Siblesz pointed to the status quo of Iran-PCA cooperation, and said, “The Islamic Republic of Iran has had constant cooperation with the PCA and this cooperation is improving and being strengthened.”

He welcomed appointment of Jahangiri as Iran’s new ambassador to The Hague and briefed him about the present activities of the PCA.

The Iranian ambassador, for his part, pointed to Iran’s constant support for finding peaceful solutions to international disputes, and said the activities of Iran-US Arbitration Court stationed in the Hague is a practical example of Iran’s tendency for the peaceful settlement of disputes and differences.

The PCA is an intergovernmental organization with 115 member states. Established in 1899 to facilitate arbitration and other forms of dispute resolution between states, the PCA has developed into a modern, multi-faceted arbitral institution that is now perfectly situated at the juncture between public and private international law to meet the rapidly evolving dispute resolution needs of the international community.

The PCA’s Secretariat, the International Bureau, headed by its Secretary-General, provides full registry services and legal and administrative support to tribunals and commissions. Its caseload reflects the breadth of PCA involvement in international dispute resolution, encompassing territorial, treaty, and human rights disputes between states, as well as commercial and investment disputes, including disputes arising under bilateral and multilateral investment treaties.