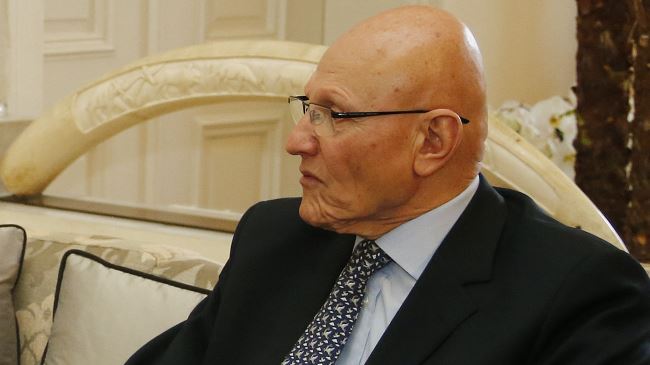 Salam made the remarks in a Wednesday meeting with Iran’s Ambassador to Lebanon Mohammad Fat-hali in the Lebanese capital, Beirut, where both sides discussed ways to expand bilateral ties as well as the latest developments in Lebanon and the region.

Referring to the recent terrorist attacks in Lebanon, Salam said terrorists seek to undermine the security and stability of Lebanon, adding that all Lebanese political parties should cooperate to counter such terrorist acts.

On Tuesday, a car bombing in a southern neighborhood in Beirut killed a security officer and injured at least 20 people. The bomb went off near a military checkpoint and a café full of soccer fans watching a FIFA World Cup match in the city’s Dahieh neighborhood.

Lebanon has been suffering from terrorist strikes carried out by al-Qaeda-linked militants as well as random rocket attacks, which are viewed as a spillover of the conflict in Syria.

Also on June 20, a bomb blast rocked a Lebanese police checkpoint on the Beirut-Damascus highway, killing one police officer and wounding 32 others.

The Iranian envoy, for his part, denounced the recent terrorist attacks in Lebanon and condoled with the families of the victims.

Describing the Zionist regime of Israel as “the main enemy of the Muslim world,” Fat-hali further said the current turmoil in the region is a bid by enemies to “create sedition among Muslims” and divert attention from Israeli crimes.

He further pointed to the brotherly and amicable ties between Iran and Lebanon and called for the implementation of several memoranda of understanding already signed between the two countries.