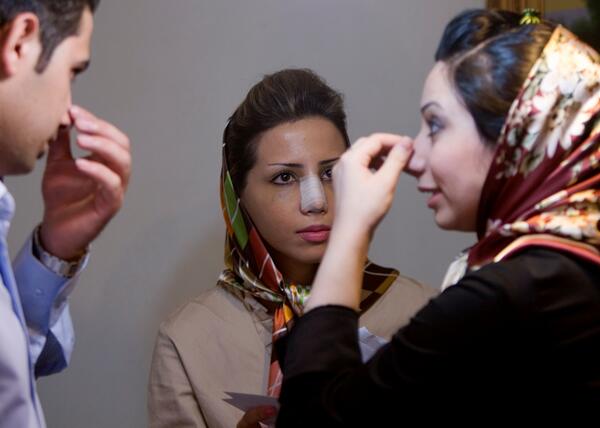 A recent move by an Iranian TV channel to ban actors that have undergone cosmetic surgery has touched a nerve with Iran’s social media users.

An Iranian official said the ban is to “prevent aesthetic surgery from becoming contagious among actors and actresses,” the BBC reported Wednesday.

“Those actors and actresses who have undergone aesthetic surgery will be excluded from our lists,” Ali Akbar Mahmudi-Mahrizi, the head of the film and TV series department at Tehran Channel, told the ISNA news agency.

The move sparked criticism from Iranian social media users who posted an array of commentary on the ban.

Despite the Islamic Republic’s conservative rule, Tehran reportedly has “the highest rate of nose surgery in the world,” according to a 2013 report by The Guardian.

Labeled by the UK-based newspaper as the world’s “nose job capital,” the report adds that some young Iranians undergo plastic surgery to look more like Hollywood stars.

Citing the Iranian Etemad newspaper, The Guardian said nearly 200,000 Iranians, mostly women, undergo nose surgeries every year to “reduce the size of their nose and make the tip point upwards.”

Cosmetic surgeries in Iran are costly when compared to an average person’s monthly income. The average nose job ranges between $1,651 to $3,303, according to The Guardian.