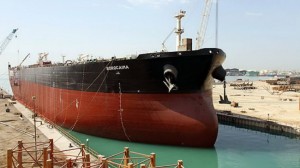 India has renewed for another six months its approval for accepting Iranian oil tankers and bulk carriers covered by Iranian insurance companies.

A spokesman for the Indian Shipping Ministry, speaking on the condition of anonymity, said on Wednesday that the approval is applicable to Iran’s Kish and QITA (Qeshm International Trust Alliance) Protection and Indemnity (P&I) clubs.

Moreover, New Delhi has agreed to Tehran’s request for more discussion on India’s demand for a 23-billion-rupee bank guarantee as a precondition for allowing Iranian ships with Iranian insurance coverage to enter Indian ports. The guarantee was to cover any potential liability in the event of maritime accidents in Indian waters.

“The guarantee issue is still being discussed,” the unnamed Indian shipping industry spokesman said. “The two Iranian underwriters have stated they have the backing of the sovereign government. We have no reason to doubt that they will not shoulder their responsibility for clean-up operations in the event of a mishap.”

“Considering all this, we decided to renew the approval granted to the two Iranian ship underwriters by another six months each,” he stated.

India is among Asia’s major importers of energy, and relies on Iran to meet a part of its energy requirements.

The Asian country’s oil purchases from Iran fell in April-July period last year due to insurance problems as a result of US-engineered sanctions against the Islamic Republic.

At the beginning of 2012, the United States and the European Union imposed new sanctions on Iran’s oil and financial sectors over Tehran’s nuclear energy program. As part of the bans, the EU member states were prevented from extending insurance coverage for tankers carrying Iranian crude.

Under a nuclear deal struck last November, the P5+1 – Russia, France, China, Britain, the United States and Germany – undertook to provide Iran with some sanctions relief in exchange for Iran agreeing to limit certain aspects of its nuclear activities during a six-month period.