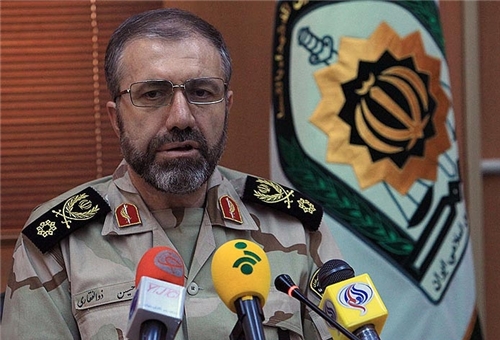 TEHRAN (Tasnim) – Iran’s Border Police Commander General Hossein Zolfaqari announced that 85 percent of border loopholes in the country’s northwest have been sealed, adding that Iran plans to build 160 security posts along its borders.

“160 border posts, which would stretch 230 kilometers along the country’s borders, will be constructed by the end of this Iranian year (March 20, 2015),” Zolfaqari told reporters in a press conference in the northwestern city of Oroumiyeh on Wednesday.

“85 percent of the loopholes along the borders in the northwestern province of West Azerbaijan have been sealed and we hope that with this year’s budget, we would be able to close remaining loopholes,” he stated.

Zolfaqari also commented on the latest developments in Iraq and acts of terrorism by the Islamic State in Iraq and the Levant (ISIL), saying that there has been no case of insecurity caused by the terrorism group in the areas near Iran’s border with Iraq.

In early June, following its full-blown offensives in Iraq, the ISIL seized control of most parts of Mosul, the second most populous city in Iraq and its surrounding Nineveh province.

The Takfiri (extremist) terrorists are said to have entered Iraq from neighboring Syria and Saudi Arabia to destabilize the Arab country.

For the insurgents, gaining ground in Iraq is a dramatic step towards the goal of erasing the modern border altogether and building a caliphate across swaths of Syria and Iraq.