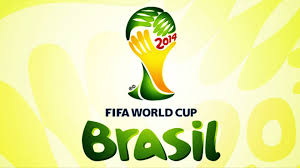 RIO DE JANEIRO (AP) — After three games at the World Cup, it could come down to a lottery to decide which of two teams advances to the second round.

Because of their previous results in Brazil, and the quirks of the FIFA tiebreaker system, there’s a possibility that Iran and Nigeria will face exactly that scenario after their last group games on Wednesday.

If Iran beats Bosnia-Herzegovina 1-0 and Nigeria loses 1-0 to Argentina, the teams would be tied with four points and exactly the same number of goals scored and conceded. The teams drew 0-0 in their first game against each other, meaning the only remaining tiebreaker would be a drawing of lots.

FIFA spokeswoman Delia Fischer said the lottery would be held at the Maracana stadium 90 minutes after their games finish.