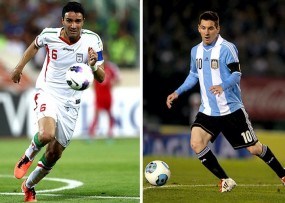 The Iran Football Federation (IFF) has lodged an official complaint with FIFA against Serbian referee Milorad Mazic for what it said “the poor officiating” during the Iran-Argentina match in the 2014 FIFA World Cup.

According to the report, in the 54th minute, Argentina defender Pablo Zabaleta tripped Iran striker Ashkan Dejagah in the box but Mazic denied a penalty to the Iranian team.

“It was a clear penalty. Millions of people saw that. I don’t understand it, he had to have seen it was a penalty,” Iran head coach Carlos Queiroz was quoted as saying.

“He (Mazic) was five meters away, there is no way he couldn’t have seen it. I have the right to say this and I only hope I am now not punished for telling the truth because it was a decision that nobody can understand,” the Portuguese added.

Iran take on Bosnia and Herzegovina Wednesday looking for an outright win that would take them to the second stage of the World Cup.