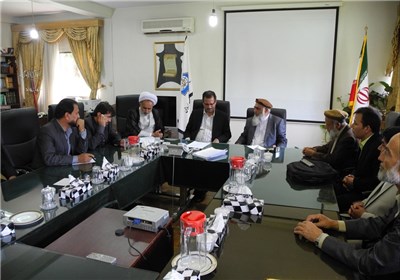 TEHRAN (Tasnim) – A professor at Afghanistan’s Nangarhar University called for an agreement on scientific and academic cooperation between Iran and Afghanistan including scholarship and supplying universities with scientific books.

The demand was made on Sunday by the head of Faculty in Nangarhar University Seyed Ahmad Hamed during his meeting with the officials in Iran’s Islamic Culture and Relations Organization (ICRO) in Tehran.

During the meeting, ICRO’s Deputy for Research and Education Qahreman Soleimani suggested that a delegation from Iran’s Ministry of Science, Research and Technology be dispatched to Afghanistan’s Jalalabad in order to sign agreements with Nangarhar University, and said the move would be an opportunity for Afghan university students and professors.

Soleimani added that such communications would make it possible for the two nations to become familiar with each other’s elites and public figures.

The Islamic Republic of Afghanistan has almost 70 universities out of which 34 are state-run. The country’s academic sector faces numerous problems including the shortage of academic books, computer, and professors.