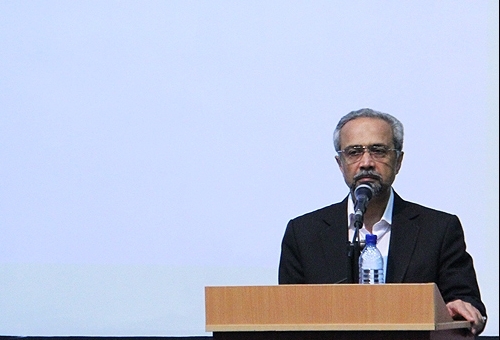 Iran would currently talk ‘only nuclear weapons’ with the US

TEHRAN, June 21 (MNA) – The head of president’s office has said in current conditions Iran would only discuss nuclear weapons with the US and in the framework of Powers.

Mohammad Nahavandian who is in Norway to attend Oslo Forum 2014 attended a joint press conference with Norwegian FM.

Asked by Norway’s state news agency about the nuclear negotiations, Nahavandian told that negotiations would be a test of confidence and if a final deal hammered out, it would provide opportunity to discuss other issues.

Asked again by Norwegian news agency that recently Iran and the US had cooperated on Iraq to fight terrorism, and that would Nahavandian confirm the speculations and what would be the nature of the cooperation, to which Nahavandian answered that “Iran is a neighbor of Iraq and have good relations with the country and would respond positively if Iraqi side ask for help.”

He criticized the US and said that the country had done little serious action to fight terrorism inside Iraq. He expressed gratitude to Norway for holding the Forum which he believed provided great opportunity to discuss issues related to peace.

“The ratification of Mr. Rouhani’s proposal to the UN of World against Violence and Extremism (WAVE) in last October indicated that the international community was concerned with extremism,” Nahavandian told the Norwegian news agency. “On Iraq, as HH FM pointed out, we agreed that all should condemn what happens in Iraq and all supports for terrorism should be cut, and the world should unite against terrorism,” he added.

In response to a question by Norwegian state TV about the practical solutions to Iraq, while many participants only ‘talked’ about the peace, Nahavandian said that for a sustainable peace, “ we should respect the Iraqi people’s decisions; foreign intervention has proved not to be a solution; in Iraq and Afghanistan it proved to be so,” he said.

Morgenbladet correspondent asked Nahavandian about president Rouhani’s remarks that Iran would intervene to protect holy shrines of Shiite imams, and what would be the nature of the intervention, and “given that al-Maliki is a close ally of Iran, had the time come for Iran to mount pressure al-Maliki to form the new government and operate in new government to control ISIS,” Nahavandian said that the first step was to respect Iraqi people’s decisions as democracy. Foreigners should respect that. Iran follows the developments in Iraq and is willing to help the people and government; Iran would respond in proportion to Iraqi requests for help.

New York Times correspondent asked Mr. Nahavandian about what he would think of the opportunity for a deal and possible barriers; to which Nahavandian told that many people in the world follow negotiations with optimism, and that he was not an exception. “The main achievement of the January talks was that it gave the negotiators a fresh and optimistic view of the whole process,” he added.