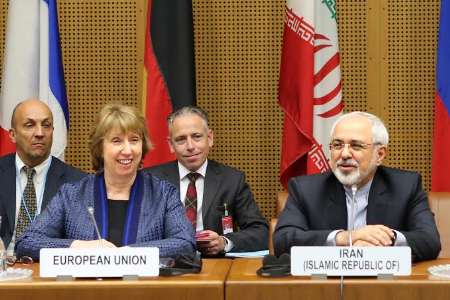 VIENNA (Tasnim) – Nuclear talks between Iran and six world powers enter the fifth and the final day in the Austrian capital of Vienna with the two sides having agreed to hold a new round of talks in less than two weeks on July 2.

While Tehran and the Group 5+1 (the five permanent UN Security Council members plus Germany) continue discussions in the Austrian capital of Vienna over Iran’s peaceful nuclear program on Friday, they have decided to hold the next round of talks on July 2.

The two sides have already begun drafting a final deal over the country’s peaceful nuclear program.

The title of the agreement is ‘joint comprehensive plan of action’.

A member of the Iranian delegation said the negotiations are tough but are slowly going ahead.