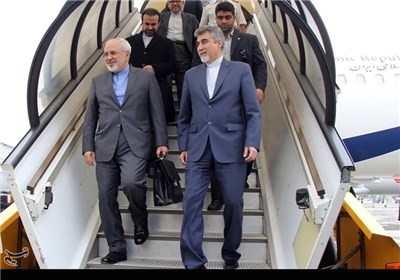 VIENNA (Tasnim) – Although Iran has borne the brunt of weapons of mass destruction (WMDs) during the Iraqi imposed war back in the 1980s, it never employed such weapons to retaliate, Iran’s ambassador to Austria said.

“We have always fallen victim to such weapons (WMDs) and we did not use them against any body (even regime of) Saddam Hussein,” Hassan Tajik told the Tasnim News Agency on Wednesday.

He reiterated that the Islamic Republic is adamantly opposed to the WMDs, denouncing a propaganda campaign to foment Iranophobia under the pretext that Tehran’s peaceful nuclear program might deviate from civilian purposes.

During the eight-year Iraqi imposed war on the Islamic Republic in the 1980s, more than 1,000,000 Iranians were exposed to chemical agents of different types used by the Iraqi forces.

From 1983, Saddam Hussein’s regime repeatedly attacked Iran with mustard gas, sarin and tabun to reverse the fortunes of its failed invasion of Iran three years earlier.

Firms from Western countries — including Germany, France, Italy, Spain, the US and Austria — and some other countries provided the slain Iraqi dictator with chemical precursors, equipment and know-how to produce chemical weapons which he used against the Iranian armed forces and civilians during the war (1980-1988).

Saddam also used such deadly weapons in 1988 in the Al-Anfal Campaign against his civilian Kurdish population and during a popular uprising in the south in 1991.