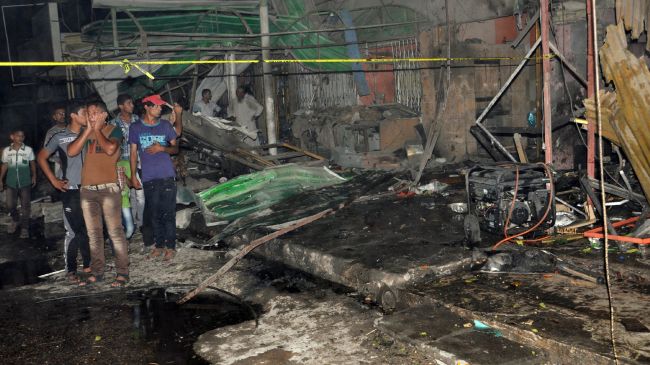 U.S. may talk with Iran on Iraq on margins of nuclear talks

(Reuters) – The United States may discuss the crisis in Iraq with top Iranian officials on the sidelines of this week’s nuclear talks in Vienna, though any talks would be unrelated to those negotiations, a senior U.S. official said on Monday.

The negotiations in the Austrian capital between Iran and six world powers are “focused solely” on Tehran’s nuclear program, the U.S. official said.

However, “it may be that on the margins of the (nuclear meeting), but completely unconnected to it, there may be some conversation,” the senior administration official said.

Discussions with Iran over the mounting security crisis in Iraq would mark a major step in U.S. engagement with its longtime adversary.

Both Washington and Tehran are alarmed by the rapid advance on Iraqi territory of fighters from the Islamic State of Iraq and the Levant (ISIL), which is seeking to establish an Islamic state across much of Iraq and neighboring Syria.

Regarding the nuclear talks between Iran and the big powers that are taking place from Monday through Friday, the official said there were no discussions at the moment on a possible extension of the July 20 deadline for a deal to end sanctions on Tehran in exchange for curbs on its atomic program.

“We are entirely focused on getting an agreement by July 20,” the official said, adding that there were still significant gaps in positions between the sides, however.

The West suspects Iran has been seeking the capability to make nuclear bombs, which Tehran denies.

Diplomatic sources have told Reuters that it is increasingly likely Iran will seek an extension of the deadline.

“I think that everyone needs to understand there is no automatic extension here, it has to be mutually agreed,” the U.S. official said, speaking on condition of anonymity.

The official said the U.S. delegation, which is led by Under Secretary of State Wendy Sherman and includes Deputy U.S. Secretary of State Bill Burns, will meet Iranian Foreign Minister Mohammad Javad Zarif on Monday to discuss U.S.-Iranian talks on the nuclear issue that were held last week in Geneva.

“We not only understood each other better after those two days but I think we both (can) see places where we might be able to close those gaps,” the official said of those talks.

Iran, the United States, Britain, France, Germany, Russia and China agreed on the July deadline to reach a comprehensive agreement when they hammered out an interim deal on the decade-old nuclear dispute in Geneva on Nov. 24.

The November accord – under which Iran suspended some sensitive nuclear activities in exchange for limited sanctions relief – allowed for a six-month extension if necessary for a settlement to remove the threat of a new war in the Middle East.

An extension would allow up to half a year more for limited sanctions relief and restraints on Iranian nuclear work as agreed in Geneva. To avoid open conflict with Congress, Obama would want U.S. lawmakers’ approval on the sanctions.

The previous round of talks in Vienna, in mid-May, ran into difficulties when it became clear that the number of centrifuge enrichment machines Iran wanted to maintain was well beyond what would be acceptable to the West.

The U.S. official made clear relations with Tehran were still far from normal.

“Until we resolve the nuclear issue there cannot be any kind of fundamental change in this relationship,” the official said.

Even with such an agreement, “we continue to have grave concerns about acts of terrorism, destabilisation in the region, human rights abuses and how Iran conducts itself in the world.”