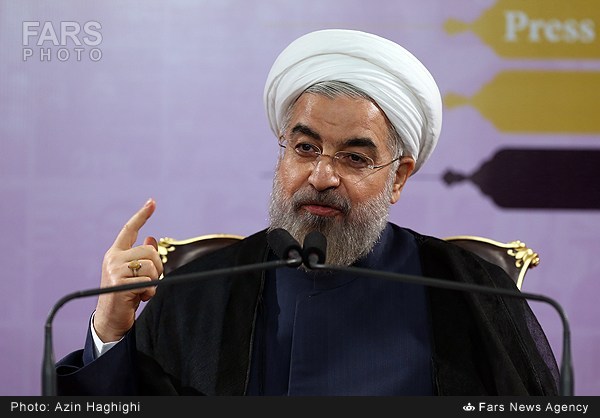 Tehran, June 14, IRNA – President Hassan Rouhani said on Saturday that Iran will continue its enrichment activity and there is no argument about it.

The President made the remarks addressing his second televised press conference which was held here this morning in the presence of over 200 domestic and foreign reporters and photographers.

ˈIn our talks with the Group 5+1, there are two issues on which no disagreement exists between the two sides. One is that Iran will continue its enrichment activities and the other is that after reaching a final deal, all sanctions against Iran must be removed.ˈ

President Rouhani stressed that no one should even imagine Iran halting its enrichment activities.

ˈYou should notice that Iran enjoys a completely different status today compared to its previous position at regional and international levels.ˈ

He reiterated that Tehran is serious in its talks with the Group 5+1.

Noting that the present talks between the two sides were based on a win-win basis, President Rouhani said, ˈIf the talks fail, both sides will be the losers. I believe the other side is more in need of reaching a final agreement with Iran. We will continue our path anyway.ˈ