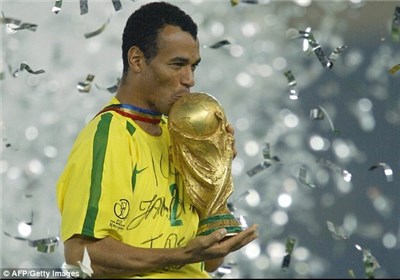 Two-time FIFA World Cup winner Cafu sent a short message to the Iranian football team ahead of the crucial match.

The message is: “You will win against Argentina.”

The 20th edition of the FIFA World Cup, which begins on Thursday, will see hosts Brazil take on Croatia at the Arena Corinthians in Sao Paulo.

Iran will open its World Cup campaign against Nigeria in Group F on June 16 in Curitiba and play Argentina five days later at the Mineirao Stadium in Belo Horizonte.

The Persians are also scheduled to face Bosnia and Herzegovina on June 25 in group stage.